Be more assertive through a self-esteem boost 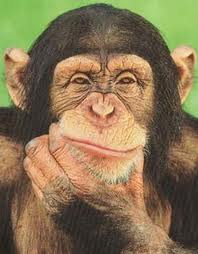 When you feel good about yourself and who you are, it becomes so much easier to speak up and be assertive.

With a healthy level of self-esteem you will not be worried about what other people might think of you. You feel comfortable with who we are and you like what you see in the mirror. You don't feel the need to seek the approval of others because you feel secure within yourself.

A poor self-esteem can undermine a person's ability to enjoy success and establish fulfilling relationships in their life ...... They may well find ways to sabotage themselves if they do not feel that they are worthy of being happy. They may well put up with poor treatment or even abuse from others unless they learn to feel entitled to expect more.

Have a look at this video, which explores the importance of self-esteem as an essential foundation for developing more assertiveness in your life ..... And never for one moment doubt that you can begin to make changes in your life - starting right now, if that is what you decide
﻿

Posted by Brian Carroll at 10:04 PM No comments:

How to be Assertive: Ask for what you want

Being assertive is about saying what you really think - although saying it with some tact. Assertiveness is also about being willing to ask for what you want. 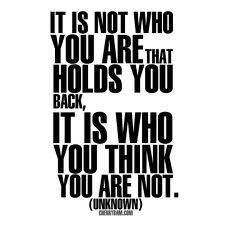 If asking for what you want doesn't come particularly easy for you, then it might be worthwhile to step back and reflect a little upon what is stopping you and causing this discomfort

Chances are that it is a self-limiting belief system or thought process that is the basis of this reluctance ..... But how exactly might it affect you?

Maybe for example, there's someone you would like to ask out on a date or someone you'd like to ask to have a dance with at a party  ..... but you can't summon up the courage. Or maybe it's as simple as needing a favour from a friend - but being unable to ask. Or wanting to ask your boss at work for a raise in your salary because of the longer hours you're working - but finding excuses to avoid asking........ Well, it could be a fear of rejection that's creating this reluctance and holing you back. A fear that the other person will say no.

And as long as you remain scared of the word NO, then you will continue to avoid asking for what we want. And that means you miss out on the chance to experience something that may bring more satisfaction and enjoyment to your life.

Knowing when to take a risk, instead of always playing safe ....

So, if you think that the fear of rejection is causing you to always play safe and prevent you from asking for what you want, then here's some ideas that might help ......
So, in small ways to begin with - and then moving on to the bigger things in your life - start pushing your comfort zone and ask for what you want.

As your assertiveness gradually grows in this area of your life, you will find you start to worry less about what other people think, you will feel more self-confident and you can focus more on living a life that brings you happiness
Posted by Brian Carroll at 1:17 PM No comments:

Email ThisBlogThis!Share to TwitterShare to FacebookShare to Pinterest
Labels: ask for what you want, being more assertive

Assertiveness is based upon self-respect .... having respect for yourself and your needs, concerns and feelings. This does not mean being selfish, we must still of course be willing to listen to what others might say because we might learn something.

But having listened to and considered what others have to say, then being assertive is about following your own judgement - whether it be in business, or in your personal relationships.

Here are some powerful words from Steve Jobs who succeeded in carving out a memorable and rewarding life for himself, whilst inspiring others along the way ....

“Your time here is limited, so don't waste it living someone else's life. Don't become trapped by narrow thinking – or you’ll miss seeing the exciting and endless possibilities that are all around you. Don't let the noise of other people’s  opinions drown out your own inner voice.  What is most important, is that you have the courage to follow your heart and listen to your intuition. Because, somehow deep within, you already know what you are truly meant to become”

These words serve to capture the type of mindset and thinking that you need in order to become more assertive. Never for one moment allow yourself to doubt that you have within you all you need to become the person you want to become.

For more tips and guidance on self development and self-improvement, have a look at Personal Development

And another website with some great advice on becoming more assertive is ....

Email ThisBlogThis!Share to TwitterShare to FacebookShare to Pinterest
Labels: assertiveness

You can learn how to be assertive 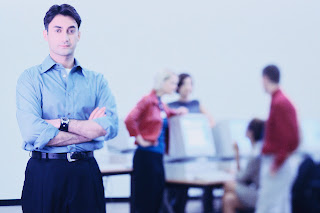 Do you want to stop people from "walking over you"?

Are there situations when you don't say what you think?

Would you feel better about yourself if you speak up more?

Did you know that some surveys have shown that up to one in every three people would like to become more assertive in some situations.

If you are looking to learn how to become more assertive, then read on .....

My name is Brian Carroll and I am a qualified psychologist who has been working for more than twenty years in the field of guiding people in their personal and professional development - helping them improve their skills in key capabilities such as assertiveness, leadership, communication, influence and stress management.

What does "being assertive" really mean?
Even though it is a fairly commonly used term, the word can never-the-less mean slightly different things to different people, in the same way that "honour" might have different implications for people. Generally however, to be assertive means to speak up for yourself in a direct and honest manner, expressing your needs, ideas or concerns to others.

Assertiveness is about engaging in open and respectful communication with others, and is usually the basis of any healthy relationship.

Some people also consider Assertiveness Training
Posted by Brian Carroll at 5:47 AM 1 comment:

Email ThisBlogThis!Share to TwitterShare to FacebookShare to Pinterest
Labels: assertiveness, how to assertive

Learning to Speak Up for Yourself

Welcome to How to be AssertiveOver time we will be posting a range of ideas, tips and suggestions around how to develop greater assertiveness and an improved ability to speak up more confidently.

Some people seem to be "naturally" assertive, possibly because of having been brought up in an early environment where they learned the type of attitudes and communication skills needed for assertive behaviour.

However, those of us who do not find it so easy to be assertive need to learn and discover some of the changes that are necessary in order to become more assertive. So, stay tuned
Posted by Brian Carroll at 11:48 PM No comments:

Email ThisBlogThis!Share to TwitterShare to FacebookShare to Pinterest
Labels: assertive

Quick Tips on Being Assertive

Posted by Brian Carroll at 2:38 PM

If you accept that we become what we think about, then it follows that we need to feed our mind positive thoughts and self-affirming beleifs if we are to develop improved assertiveness in our lives.

This short clip offers some useful positive affirmations that can help to begin the personal transformation process ....


And if you're after more tips, advice and clips for self-improvement, have a look at Personal Development
Posted by Brian Carroll at 2:47 PM 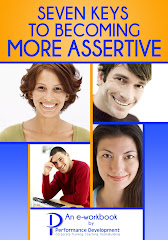 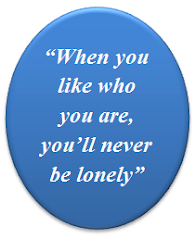 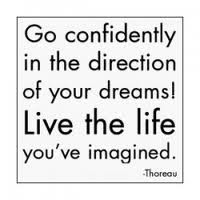 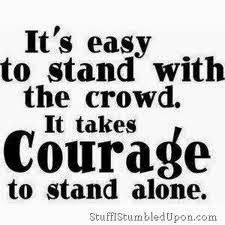